Companies claim all the time that they have excellent customer service and that you will want to recommend them to your friends. At American Radon, we believe that we do the best work around. We are dedicated to customer satisfaction and getting the job done right. We don’t want to tell you these things, though, we want you to hear it from someone who’s been in your shoes.

Melissa Thielman and her husband contacted American Radon back in September of 2016. Read about their experience in Melissa’s words below: 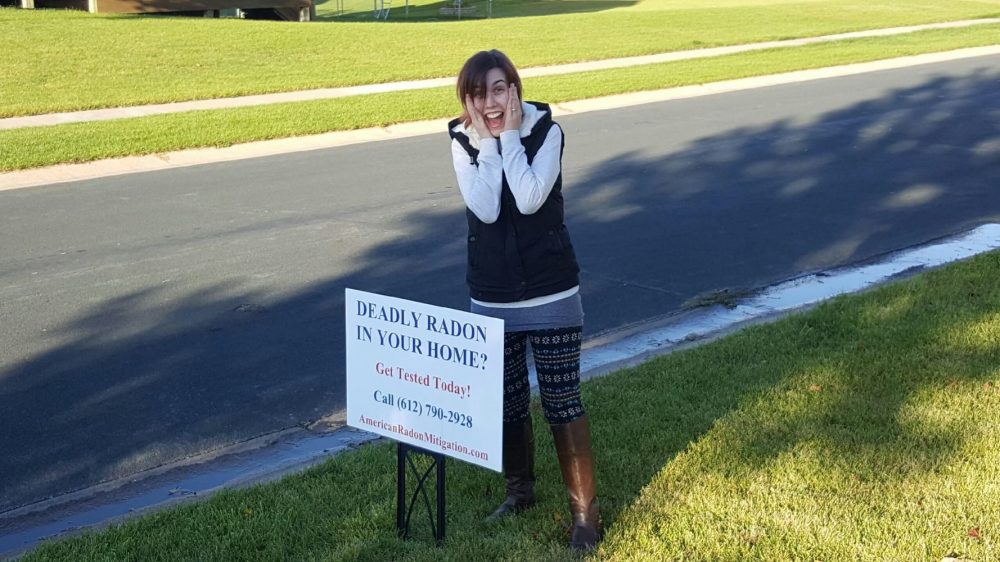 My Husband and I bought our home February 19th, 2016. It was built in 2005. In the home buying process, our realtor talked to us about the dangers of radon and how Minnesota is one the top states with the most radon (especially central Minnesota) because of all of the granite we have. He encouraged us to spend the extra money during the home inspection process to get a radon test. We found out that our average radon level was 5.5, which is considered dangerous, but we purchased the house anyway.

We waited so long to get it fixed because I had the mindset, ‘Well, it has been this way for 10 years, so it is probably fine.’ Then Jesse became a client at DAYTA Marketing (where I work), which I took as a sign that I need to get it taken care of. I also learned that having a 5.5 level of radon in your home is similar smoking 11 cigarettes a day. I thought I should probably get that fixed before my husband and I started having babies!

On a Friday around noon, I filled out a form on American Radon’s website. Within 2 hours, Jesse called me and by 4:00 PM that same day he was out at my house! I was amazed by how quickly he responded to my request, as I have had trouble with other people in the past. 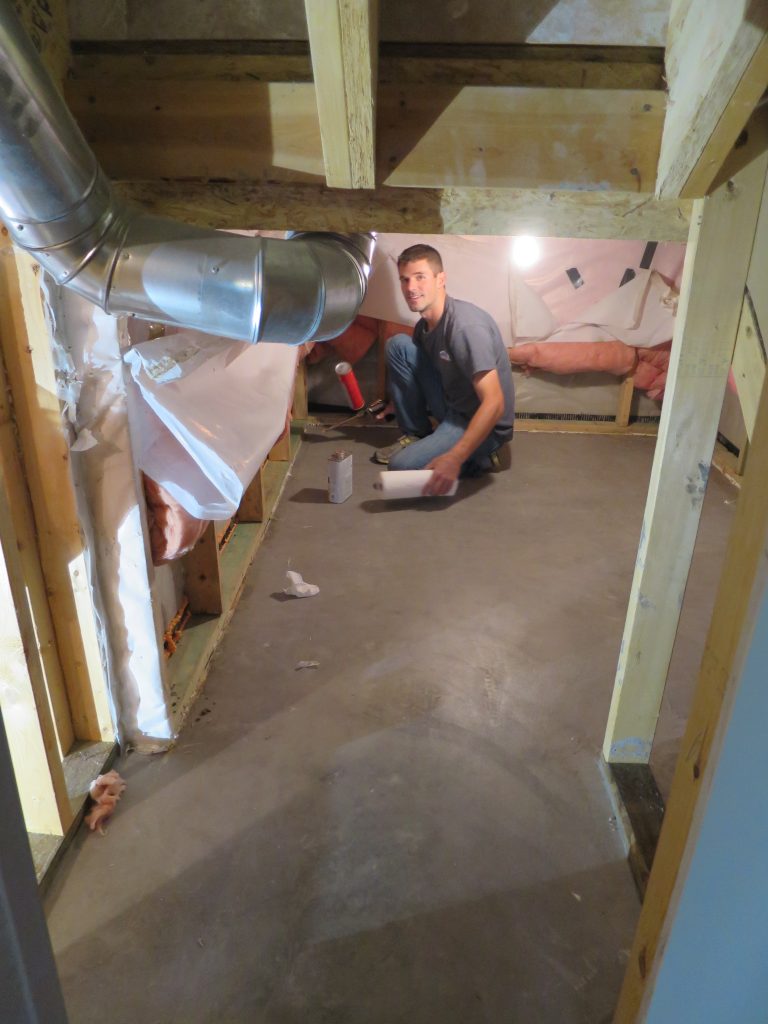 Once he got to my house for the initial consultation, we talked about the entire process and all of my options. During that first meeting, I could tell Jesse’s work was high-quality and that he would do the job right the first time. He told me every little detail about the process. Some of it went over my head but I appreciated him being so detailed and taking the time to explain everything to me. Jesse brought his laptop and showed me photos of his work and talked about all of the materials he uses and why he uses them. Then he showed me other people’s systems and why they aren’t as good.

He explained to me the pros and cons of having an inside system vs an outside system. I had decided that I wanted an inside system, but I was worried the system would be too loud because it would share a wall with our bedroom. Jesse had a solution for that; he went out to his truck and showed me his fan noise reducer upgrade. Today, my husband and I can’t hear our system at all! Jesse also gave us the option of an alarm system to notify us if our basement leaks water, which he installs as he seals the sump pump. Speaking of sealing, Jesse also took the time to seal parts of our basement that are unfinished to help prevent radon from coming in. He got in our crawl space and everything! 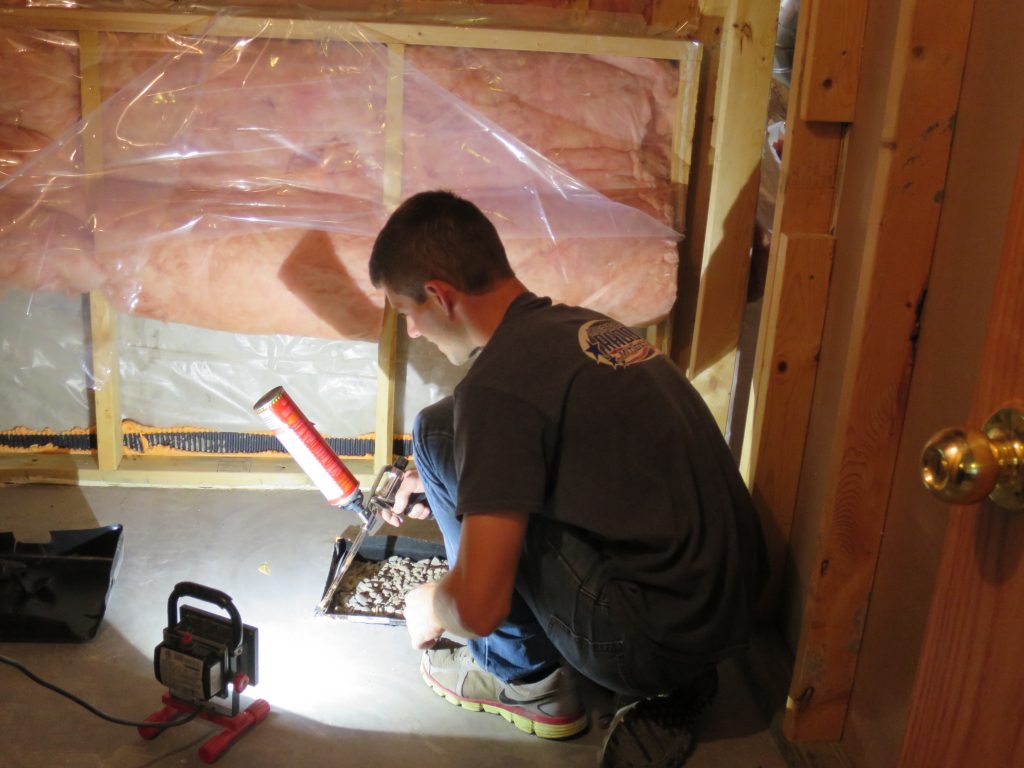 I would also like to mention that I had a washer and dryer being delivered at the same time Jesse came, so I had to stop and talk to the delivery people and Jesse was very patient with me!

The following Friday he was at my house from 7:00 AM to about 6:30 PM installing the system. He started by sealing the unfinished parts of our basement. I was home that day, so I had the opportunity to hang out with Jesse the entire day. He explained to me what he was doing each step of the way and show me his progress as he was going. One thing my husband noticed is that Jesse painted part of the pipe where the system came out through the roof, which, to me, shows great attention to detail. My husband and I had to leave our house at 5:45, but Jesse assured us that he would clean up and lock up the house when he was done.

When we got home, our basement was vacuumed. Jesse even lined up our shoes in our entry way, our entryway looked cleaner than it did they day before! We also came home to a note that was handwritten by Jesse thanking us for being a customer! Can you say WOW! 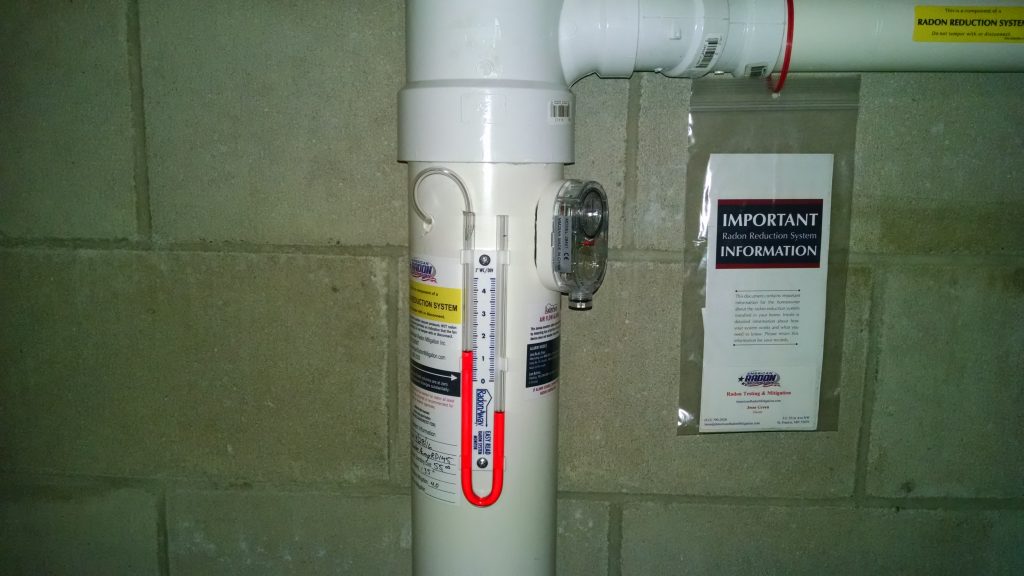 After his services, Jesse got our radon level from 5.5 to 0.3, which is outdoor air quality. A lot of other companies only try to get you below 4.0. Jesse was absolutely great to work with–amazing customer service and attention to detail.

I would definitely recommend Jesse to anyone. If you are going to invest in something to keep your home safe and you want it done right, call Jesse.